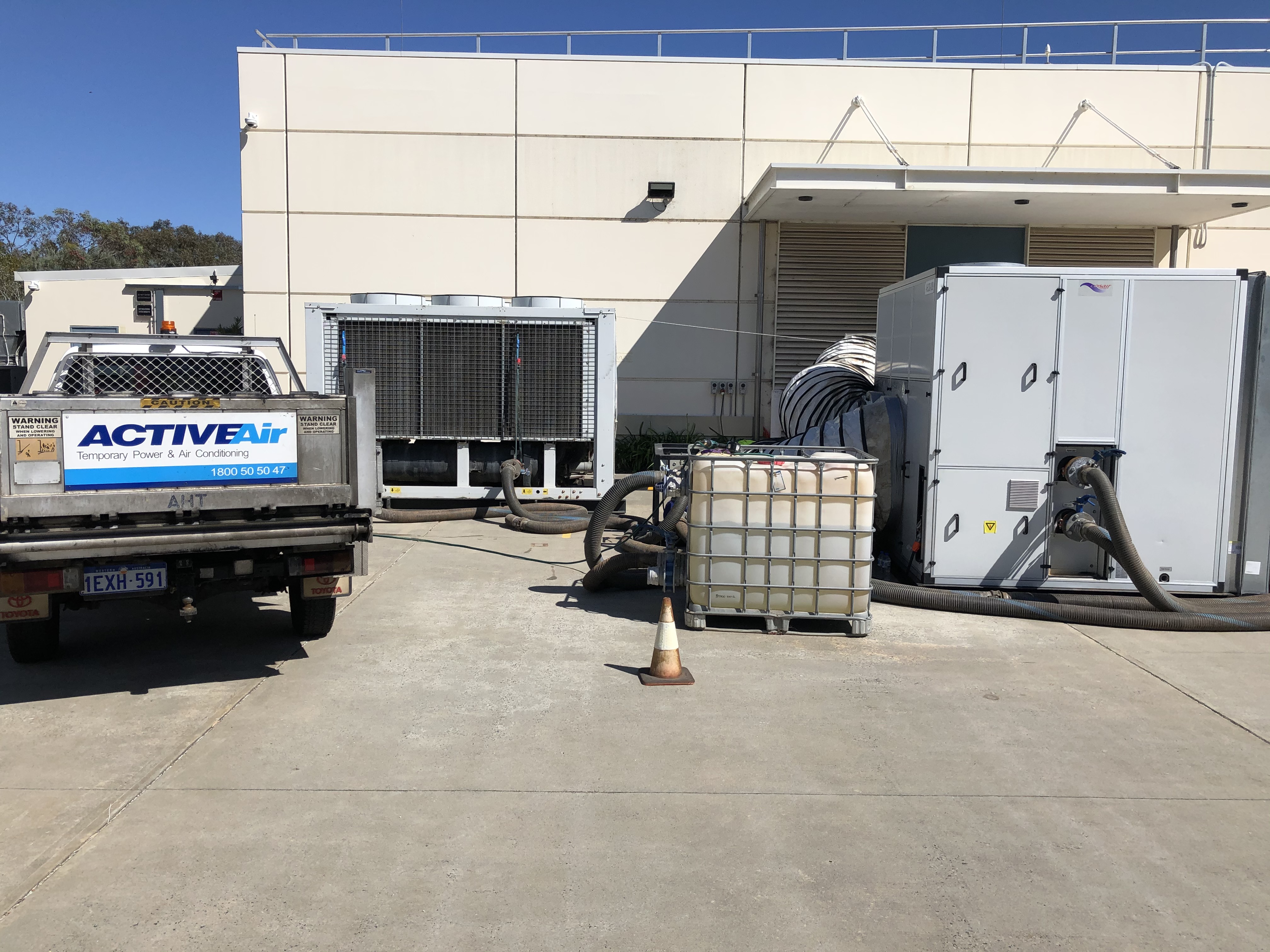 Providing a Telecommunications Facility with

Active Air worked with Precise Air to provide a fast response solution to a well-known telecommunications company when their air handler failed at one of their exchange facilities. Active Air provided a temporary solution, with a contingency built in, to ensure there would be no further disruption.

A 400 kW chiller was installed to create two complete 200 kW systems. Both systems incorporated an air handler and a pump. The first system was run in place of their failed system; this took the pressure off the service team to fix their permanent system in such a short period of time. The second system was put in place as a contingency; should the first temporary system fail for any reason, the second system could be switched on and take over.