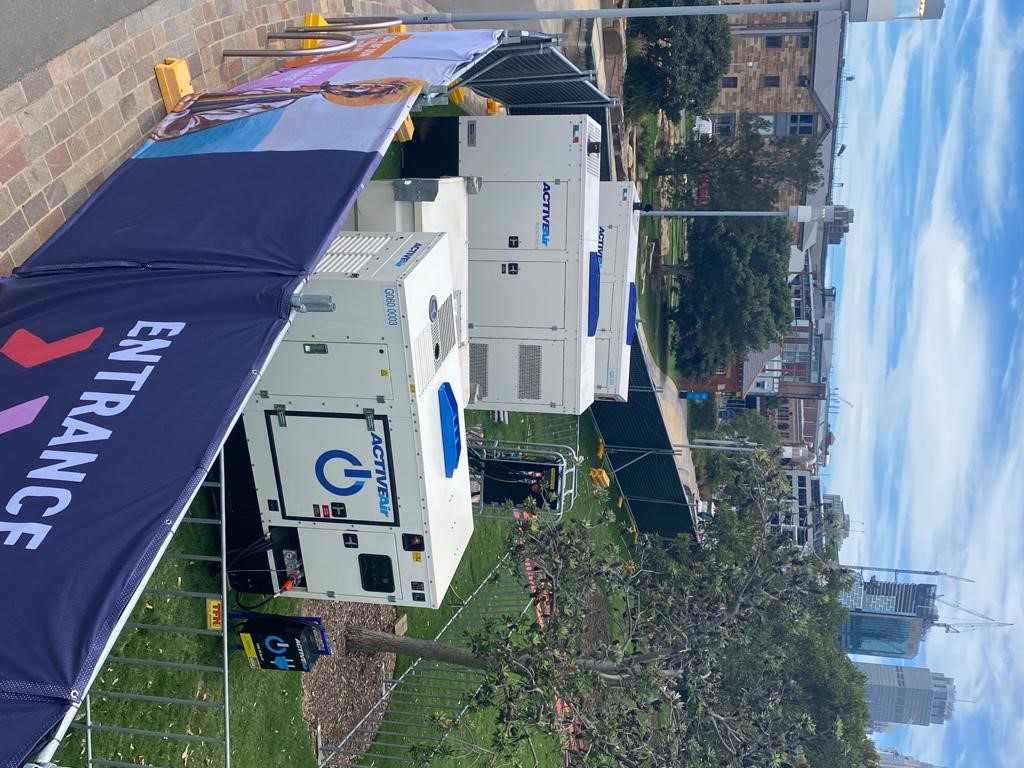 Once again Active Air was brought in to provide climate control and power to Sydney Festival. With multiple sites across the city, each with it’s own individual requirements, our team was able to provide a complete, customised solution.

At Customs House we provided electrical distribution from existing lighting poles to their infrastructure. While at Barangaroo we provided power and climate control for the site shed villages at The Cutaway.

We also provided air conditioning for the green room which was located next to the marquee, as well as power for the catering area at the Star Gazer Lawn; a 60 kVA generator was running at all times.

The event ran smoothly with no issues.

Need power or ac for an event?