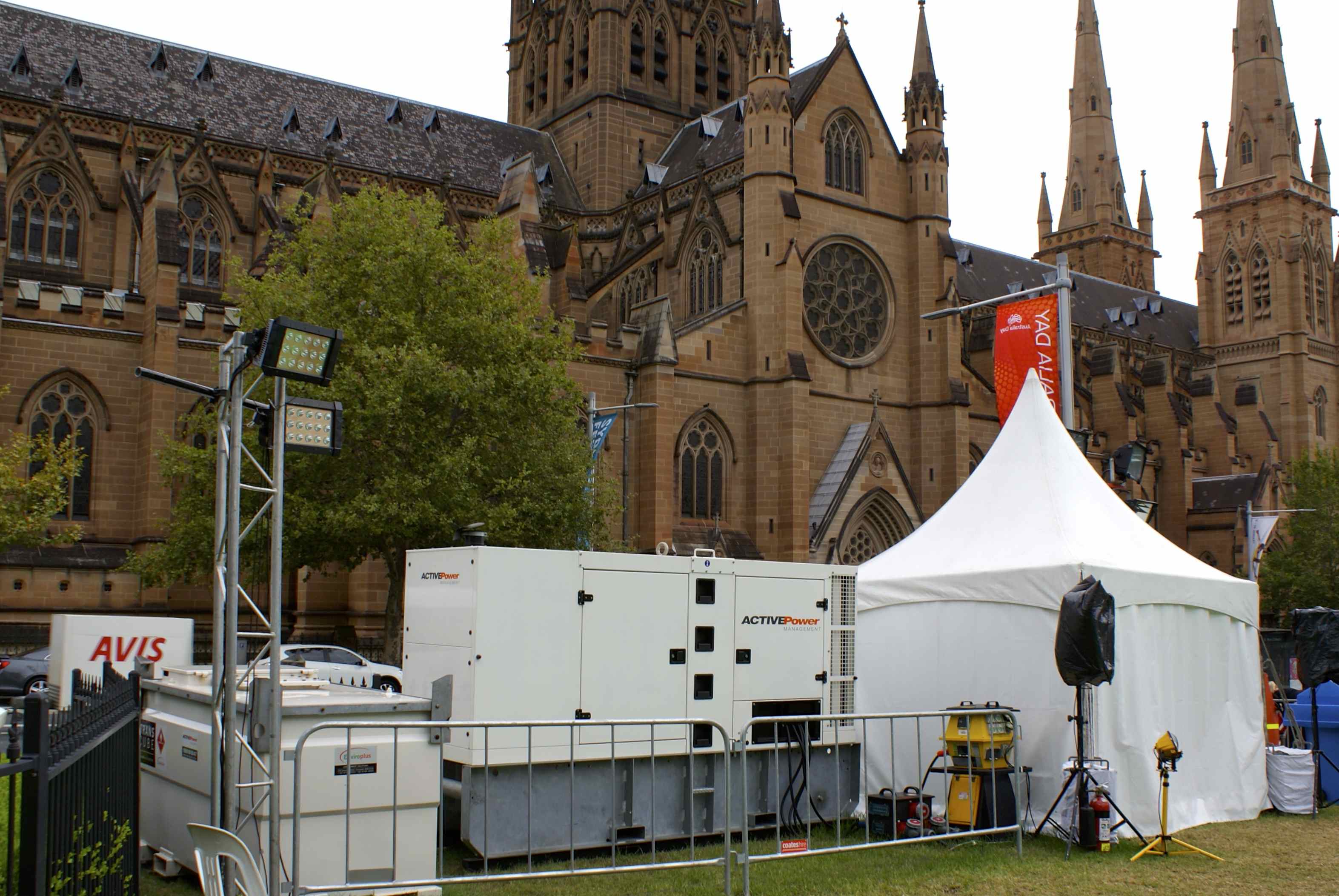 Every January, Sydney Festival enlivens and transforms Sydney with a bold cultural celebration based on the highest quality art and big ideas.

The program is kaleidoscopic in its diversity, from burlesque circus to Chicago rap to Dutch theatre; from contemporary dance to family programs to traditional Indigenous arts practice. In all, the program comprises around 370 performances and 100 events performed by over 700 artists in more than 30 venues.

The 2014 program was no different and visitors were treated to an exceptional event.

‘We have worked with Active Air for the past four years to supply air conditioning, generators and power distribution to our festival sites.’ Explains Mick Jessop, Production Manager, Sydney Festival.

Although this was the fourth year that Active Air Rentals were involved, this time was slightly different.

The organisers envision Sydney Festival to be the most sustainable major performing arts festival in Australia. 2014 saw them take major steps to achieve this goal, including a strong focus on energy efficiency.

Specifically, event power had to:

Working in close collaboration with the Sydney Festival organisers the Active Air Rentals team put together a sustainable power and air conditioning plan.

‘The Sydney Festival village required power to site 24/7 and Hyde Park is not an easy site to cover. Active Air came up with effective and affordable planning solutions which covered all of our needs.’ Explains Jennie Bradbury, Event Coordinator, Sydney Festival.

“We had a couple of challenges with the power.” Explains Dom Cook, Project Lead, Active Air Rentals.  “Firstly, because we were using mains power, which was fixed at a central location, we had to install some exceptionally long cable runs out to the performance locations. The challenge with this is that as power moves, it experiences voltage-drop. So we had to ensure the electrical calculations were correct so equipment wouldn’t overdraw and trip causing performance disruptions.”

“Secondly, with events, the look of equipment is just as important as its functionality. We used over 3km of cabling so to make it look good and blend into the background we actually made it more obvious by wrapping it in bunting. This both hid the cables and added to the festive atmosphere.”

“We easily used 50 different power distribution methods in Hyde Park alone.”  Notes Dom. “Splitters, 400amp distribution boards and single phase distribution were just some of the methods. With 12 generators and 3km of cabling we had to make it as simple as possible for the event crew so we labelled every single cable.”

As with the long cable runs, the look of the power distribution boards and shorter cables was just as important as its functionality. Distribution boards located in public spaces were placed discretely including under pavilion flooring and under the Spiegel tent. Cables that couldn’t be strung overhead and covered in bunting were neatly laid on the ground and concealed with cable covers.

The air conditioning was more straightforward. The latest in packaged unit air conditioners were used to keep patrons cool in the Ronaldo and Spiegel tents and the cavernous Carriageworks Track 8.

‘Their pre-production advice and the attention to detail is hugely appreciated. It gave us one less thing to worry about as we knew that Active Air had it covered.’ Mick explains.

The Active Air team had just six days to complete the install. Bump in started on 2 January and the site had to be live for media and VIPs by 8 January. The team worked hard, including over the weekend, and set up was completed on time.

‘Active Air provided exceptional, friendly, around-the-clock service, often going above and beyond, to ensure we were well looked after. The event was a huge success and we cannot recommend them highly enough.’ Notes Jennie.

“The event was a great success.” Said Dom. “This was the largest Sydney Festival to date and it all went smoothly because of the great relationship we have. The Sydney Festival crew are an absolute pleasure to work with and extremely responsive to every need. The equipment worked without fail, the set up looked good and discrete, and the air conditioners worked perfectly despite almost a week with temperatures in the early 30s.”

Founded in 1972 by Managing Director, Jim Sweeny, Active Air Rentals has grown from humble beginnings as air conditioner installers and sheet metal manufacturers, to an all round national cooling, heating and power rental company.

Today we are a multi-faceted business with four branches, two distribution centers and employing over forty permanent staff across Australia.

Active Air Rentals has over 40 years experience installing temporary air conditioning into every conceivable location.  From crane towers to coal mines, from war ships to entire inner city villages, from emergency civil defence camps to enormous events such as the Australian Open and thousands of offices and server rooms along the way.