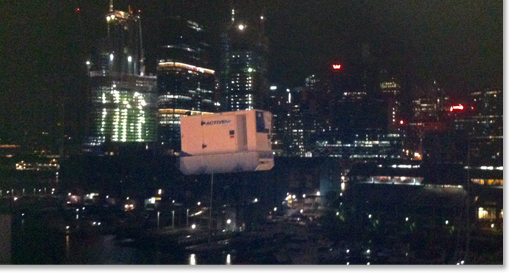 Is It A Bird Is It A Plane

When a high profile tech company needed to showcase their latest gear they called Active Air to keep things cool.

The two day event was held in three temporary structures on the roof of Sydney’s Star City Casino and hosted hundreds of attendees.

Starting early in the morning, the Active Air team craned the equipment onto the roof. Specifically:

6 x 20kW portable air conditioners were used to keep the structures and attendees cool. The cool air was pumped into the structures via flexible duct which was connected to grill towers.

The equipment was installed well before traffic hit the Casino’s surrounding roads and the event was a great success hosting the coolest IT people in the country.