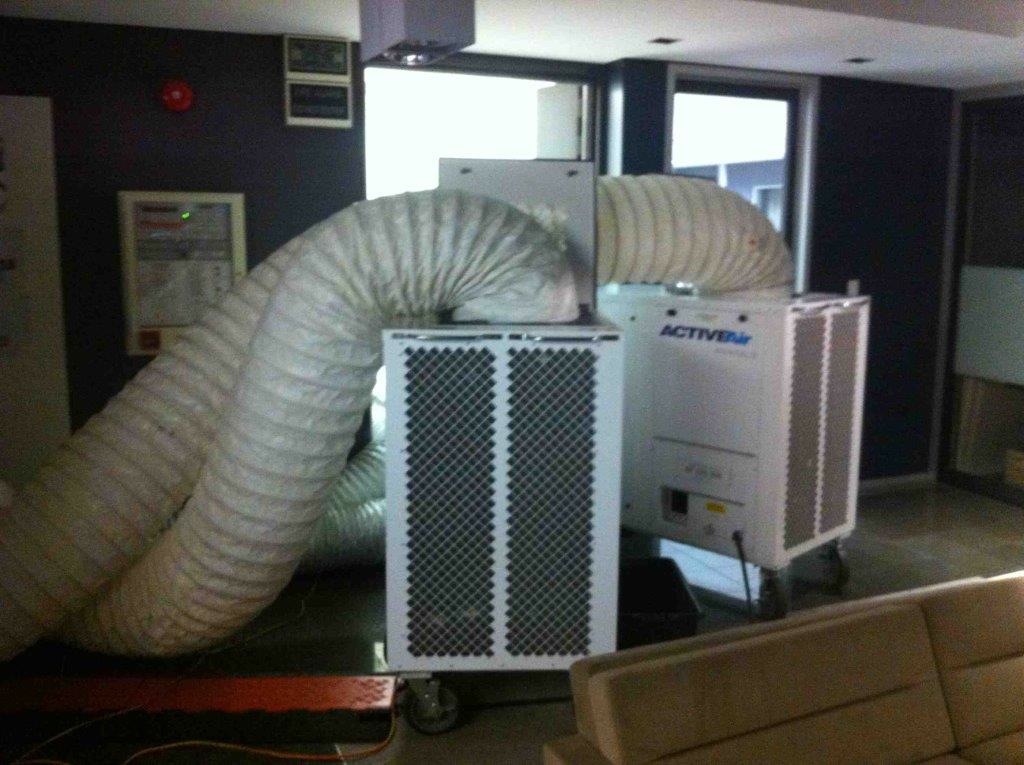 The client had scheduled water tower maintenance, however their critical IT equipment had to stay cool. So, they called Active Air.

The data centre required 80kW of cooling. Using the new 20kW Portable Air Conditioners (which deliver a massive 20kW of cooling but are nimble enough to be wheeled through a standard  doorway) we generated cool air and used the existing air conditioning units as a fan and pump.

Rather than placing multiple portable units in the server room only four units were required. The solution was well received by the client and resolved their short term issue.