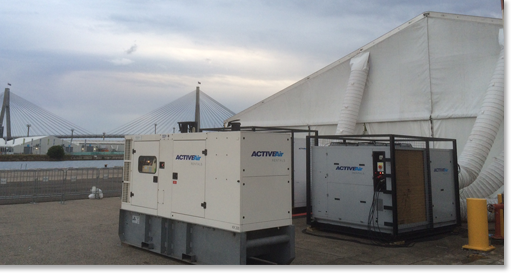 Following on from the successful air conditioning for the Aria, Active Air Rentals was again asked to provide air conditioning when another temporary terminal was erected in White Bay to accommodate overflow passengers.

The temporary terminal included everything that the permanent facilities have including x-ray machines for passenger luggage.

The install was completed in just a day and the facility was used for four days before being removed until the next batch of overflow passengers arrive.