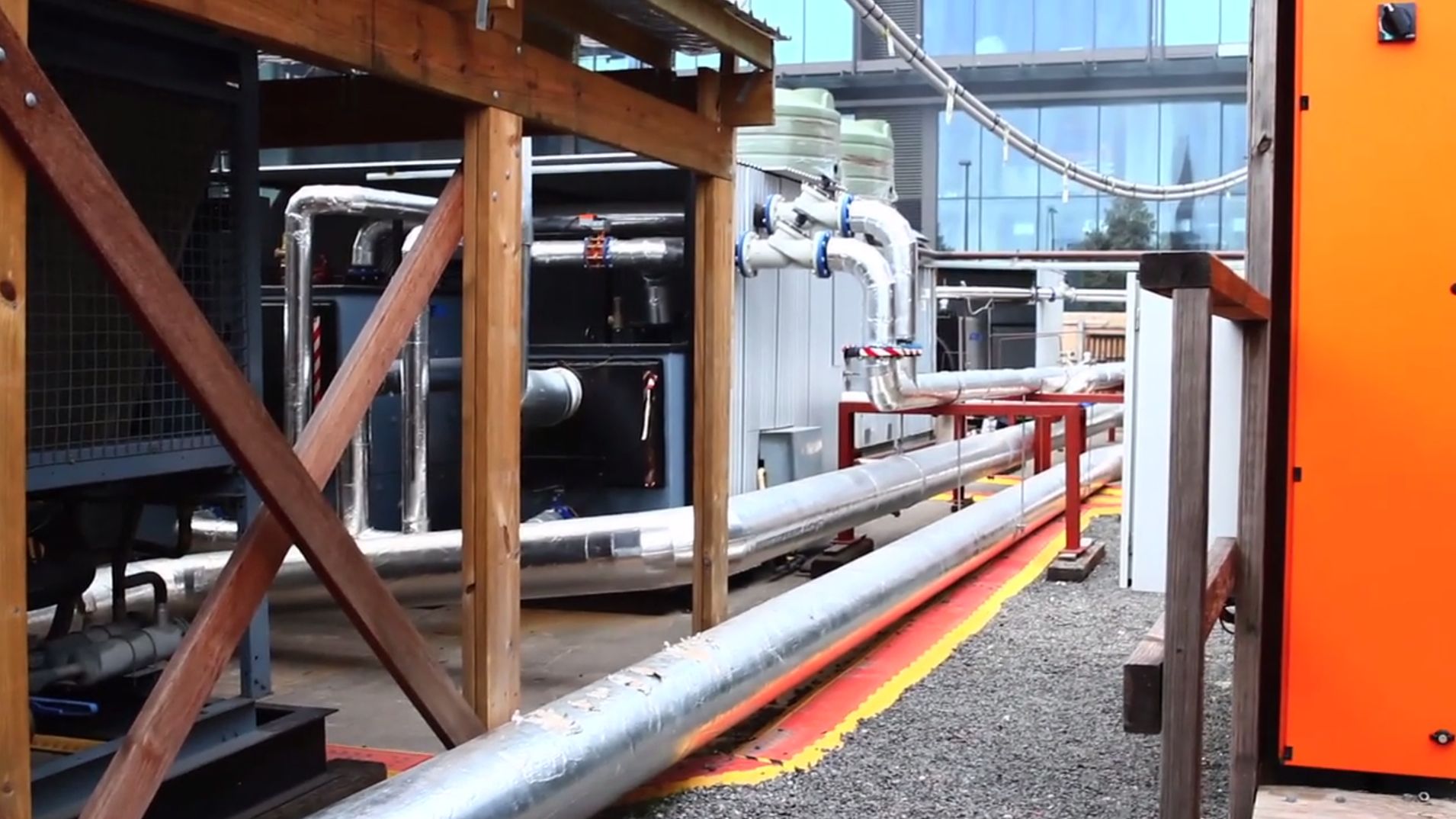 Sydney’s new $2b downtown destination, Central Park on Chippendale, is the visionary redevelopment of the old Carlton and United Brewery site. This exciting new urban village was born from a global collaboration of architects and artists.

Once complete, the site will use the latest in environmentally friendly and sustainable power generation, tri-generation, to power the entire area.

The development project is being managed by Frasers Property and Sekisui House.

In 2011 Frasers called for tender for the provision of  temporary hot and cold water for the commissioning of stage one of One Central Park – two 36 and 18 floor apartment towers.

The project had very specific requirements:

A main header system, which split into primary and secondary loops, was supplied. Active Air developed and then connected piping for supply and return water.

The chillers and boilers used eight fluid pumps to move water around and out to the two buildings. From there the building heat exchangers took over and supplied the required water to all floors. Once used, the water returned to the Active Air open air plant room to be chilled or heated to the specified temperatures and returned back to the field.

Despite being well planned a few problems occurred but Active Air handled them with ease.

The Active Air open air plant room was a huge success. It did what was initially required and easily handled the increased load. The plant room was in production for almost 18 months and exceeded or met all expectations and requirements.